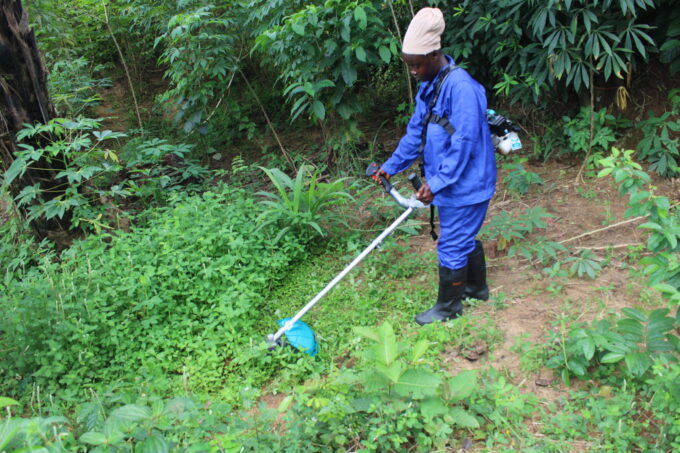 During the project baseline study, farmers outlined weed devastation as the most difficult constraint affecting cassava farming and thus lowering their yields. Considering that about 60 percent of farmers are women, and another 65 percent are above 65 years, it becomes even more difficult during the rainy season where farmers have to weed at least 3 times before harvest. Coupled with this, farmers have no access to weedicide, including those manufactured to control weeds in cassava production. The project also recognises that cost of labour is significantly high in the project area where cassava farming has to compete for labour with oil palm concessionaries and in small-scale mining activities. The average cost of farm labour per day in the project area is US$6. It costs between US$18 and US$20 to weed an acre of cassava farm.

The idea to introduce mechanized weeding as a service in the project area was borne out of the above considerations. The introduction of pilot mechanized weeding is to help the small-scale farmers manage the incidence of weed battling their farms. This initiative will encourage medium to large scale production through mechanization to reduce the drudgery associated with our farming practices being practice in the country at the moment. It is also expected to serve as an avenue for job creation particularly amongst young people who reside in the rural areas but do not find farming attractive. 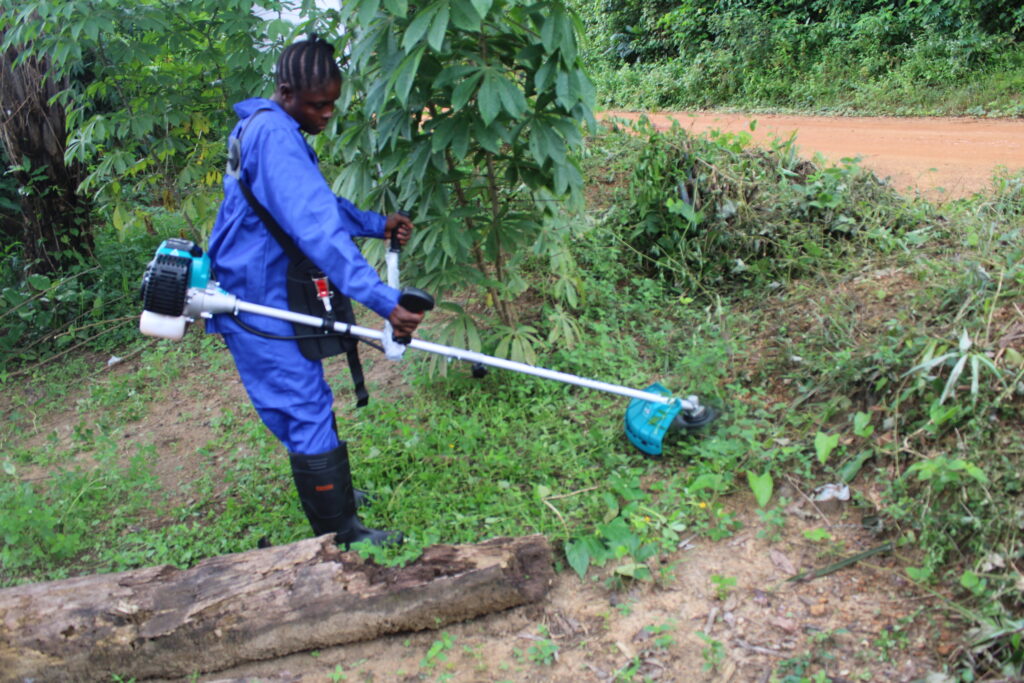 For this initiative, the project has procured five (5) motorised weeders. The weeders will be utilised on the project nursery sites in the five (5) counties. So far, the project has trained twenty (20) selected members of the beneficiary farmer associations including three (3) females and six (6) youth, to operate and maintain the machines. The project will use the pilot phase of the mechanized weeding (expected to run for 6 to 9 months) to collect and analyse data on gross margin, unit cost and break-even for the advanced system compared with existing systems under a simulated private ownership. The first phase of this pilot (first-three months of operation) is mainly to test the effectiveness of the equipment to control weed as well as to test its durability.