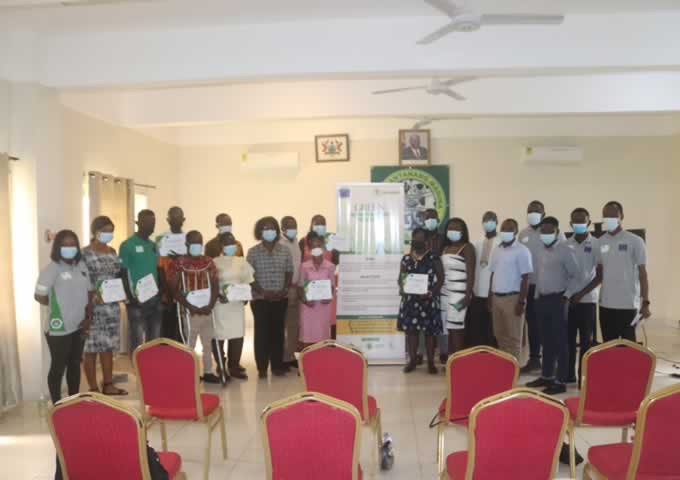 The Coconut Waste Project (COWAP), funded by the European Union and being implemented by CERATH Development Organization has graduated the first set of trainees under its Green Entrepreneurs Program (GREP). The graduation ceremony took place yesterday, the 13th of October at the head office of the La-Nkwantanang Madina Municipal Assembly (LaNMMA). GREP is an entrepreneurship and employability program under the Coconut Waste Project that seeks to equip the youth, women, and persons with disabilities in and around the project area with employability and entrepreneurship skills. 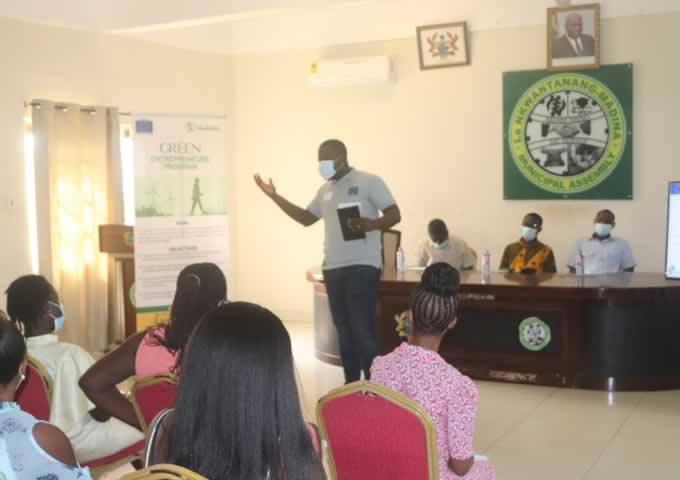 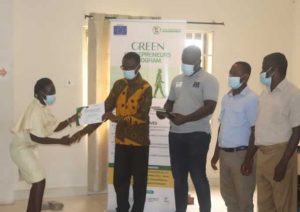 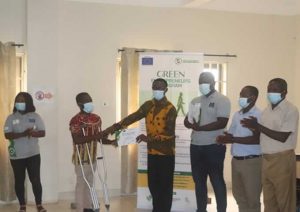 The 12 trainees comprised of youth, women, and persons with disabilities were awarded certificates for participating in the maiden edition of the GREP training program aimed at boosting human resources for the imminent establishment of the coconut waste processing facility. The awards were presented to the trainees by the Municipal Environmental Health Officer The GREP graduates had the opportunity to ask questions and indicate their impression of the training program. One of the graduates, Emmanuel Hagan, expressed his delight for the opportunity to have been a part of GREP and thanked the project team for the intervention. 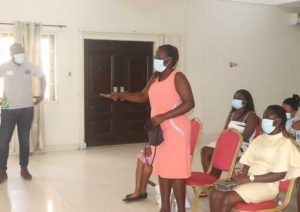 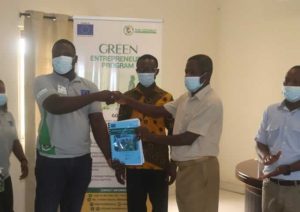 The core objective of the GREP trainings is to empower the youth to leverage on the socio-economic opportunities created as a result of the Coconut Waste Project. In view of this, trainees were taken through topics such as the concept of entrepreneurship, becoming a green entrepreneur, business and opportunity identification, budgeting, insurance, communication skills, time management, negotiation skills, amongst others. The second cohort is set to commence in the coming weeks. Interested persons (youth/women/PWDs) are encouraged to take advantage of the intervention to build their capacities and support the development of a green circular economy in the La-Nkwantanang Madina Municipality.