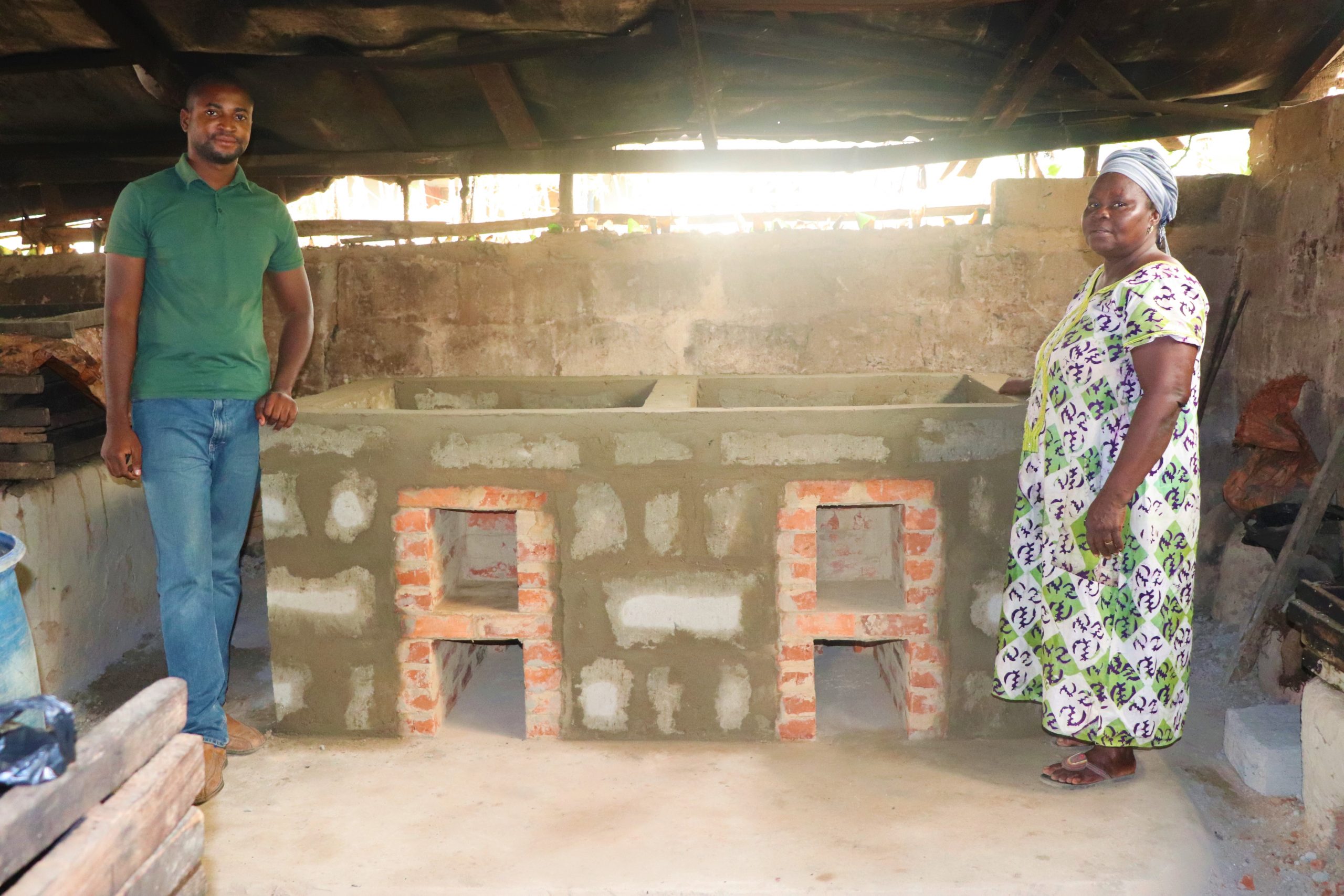 The use of the traditional mud-built fish smoking oven poses a plethora of health and economic challenges for many fish processors in Ghana. Some adverse impacts associated with its use include poor eyesight and respiratory problems caused by frequent exposure to smoke, high consumption of fuelwood, reduced fish quality and nutritional value due to the high level of polycyclic aromatic hydrocarbons (PAHs) contained in fish smoked with the traditional ovens.

To facilitate the adoption of the improved fish smoking ovens which will help safeguard fish processors against the dangers posed by the outmoded traditional ovens, CERATH Development Organisation, through the Power to the Fishers (PTF) project which is funded by the European Union, has constructed improved fish smoking ovens for over 40 women who are fish processors.

Ekua Gyasiwaa, a fish processor in Narkwa – which is a fishing community in the Ekumfi district- has been using the traditional mud-built oven all her life. Because this oven has affected her sight badly due to excessive smoke emission, she yearned for the improved oven – an impossibility due to financial constraints. Today, her story has changed.

Through the support of the PTF project, Ekua Gyasiwaa is now a beneficiary of the ‘stove host’ model. She currently uses two double units of the improved smoking ovens.

Ekua Gyasiwaa had this to say:

“I have been using the mud oven for over 30 years in my fish smoking business. I spend a lot of money on fuelwood and medical treatment due to the excessive smoke which affects my eyes and lungs. Now, I have received two double units of the improved oven to boost my business. I am very grateful to the implementors of the PTF project and the EU for funding this project. Today I am a stove host beneficiary and profits from my fish smoking business have increased”.